In a moving ceremony led by university authorities, the highest recognition was given to Dr. Mohammad Yunus for his valuable contributions in the field of social business, Professor Yunus was the creator of microcredits designed for all those people without resources who were not subject to credit for large banks, in 2006 by the hand of Grameen Bank, a financial institution that also created to support women entrepreneurs, won the Nobel Peace Prize for their contributions to the fight against poverty in the world.

During his acceptance speech for the Honoris Causa doctorate, Professor Yunus spoke of the beginnings of his project and urged the university community to join the noble fight against poverty through social business entrepreneurship. 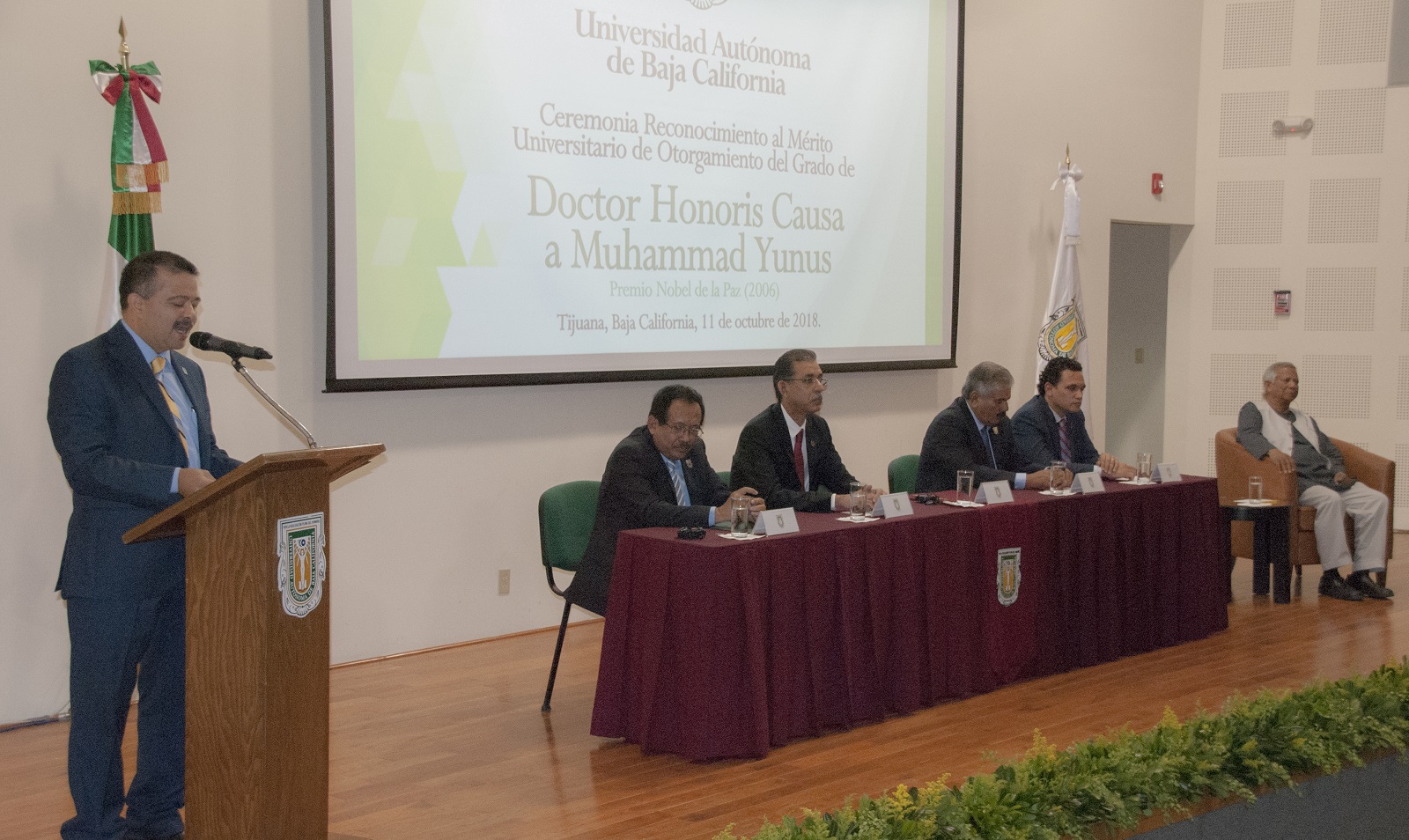